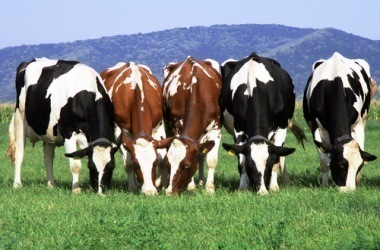 Reed canary grass is taking over land around the country. It grows surprisingly quickly, choking out the other plants in the areas where it crops up and reducing the biodiversity of area insects and birds. The invasive species is so dense that deer and pheasants won’t eat it, and it clogs up open water patches in wetlands, prompting scientists to seek a safe way to control the problem.

It is resistant enough to survive cold winters and it survives in moist conditions as well as droughts, making it a true force to be reckoned with. Some areas are using chemicals to address the problem, but scientists have struck upon a far safer approach that also happens to be more effective: reestablishing diversity in the ecosystem with grazing animals. By offering up this wetland invader to cattle, the problem could be kept under control while feeding animals.

University of Nebraska-Lincoln Grassland Systems Ecologist John Guretzky and his team have been looking into innovative ways to stop this grass from destroying seed-producing plants in the wetlands. He said the aggressive grass works well as a feeding source for cows. By allowing cattle to graze on the land, producers can obtain a free source of feed while the cattle help disturb the grass enough to open up spaces in which other vegetation can grow. Producers could either rent their wetlands to cattle farmers as grazing land, or they could allow their own cows to graze it. Harvesting is another viable option, according to Guretzky.

Eventually, they could open up waters for foraging water birds. In the southeastern Nebraska Rainwater Basin, tens of millions of migratory water birds stop and feed every year to sustain themselves on their long journeys. In recent years, the reed canary grass’s displacement of native species has been damaging these vital wetlands. It’s bad news for the areas where wetlands have been largely converted into cropland; just one percent of the original wetlands in the Rainwater Basin remain.

To find out how multiple forage harvest might affect the grass and determine how nutritious and productive the harvested wetlands could be, Guretzky carried out a simulation of repeated grazings on two wetlands situated in Seward County. In the dry season, his team mowed the wetland plots up to three times. They discovered that the wetlands could produce sufficient fodder to meet the nutrition needs of the cattle. Moreover, as the plots were grazed more, the likelihood of species other than reed canary grass thriving increased – along with biodiversity.

According to Guretzky, removing the top growth allowed more light onto the soil, enabling other plants to grow that would normally be smothered by the light-blocking reed canary grass.

Nevertheless, he cautioned that the grass is remarkably stubborn; grazing pressure must be persistently maintained in order to make a significant dent in the grass. Next, he’d like to see cows brought into the wetlands and allowed to graze repeatedly in the growing season to see how consistent grazing over a longer period of time would affect the grass. His findings were published in the Agronomy Journal.

This project shows that there are some very promising alternatives to herbicides that can benefit plants and animals alike. Quick fixes generally come with a steep price, as evidenced by the damage to human health caused by instant-gratification solutions like processed foods, antidepressants, and GMOs. Hopefully, approaches like Guretzky’s will get the attention they deserve and help to keep our environment cleaner and safer for all of its inhabitants. 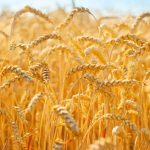 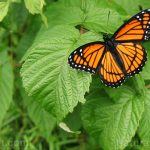 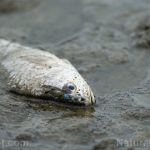 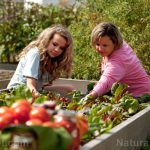