Half a century after being used in the Vietnam War, Agent Orange is still affecting people living in the area where it was used. In fact, one study has linked exposure to Agent Orange that was sprayed during the war to higher levels of some hormones in women as well as their breastfeeding children. Not surprisingly, the highest incidence of these problems is found near the American air force bases in South Vietnam where the herbicide was stored and leaked into the water and soil supply.

Agent Orange is a dioxin, and past research has linked exposure to dioxins in herbicides to prostate cancer in men. Now, however, researchers at Japan’s Kanazawa University have found how dioxin exposure affects women and babies.

As endocrine-disrupting chemicals, dioxins interfere with the way in which hormones communicate with each other throughout the body. They are known to cause cancer, neurodevelopmental disorders, and birth defects, but the scientists wanted to know whether the problems were being passed through generations to this day.

For the study, the researchers looked at 104 women and their newborns in two sites. The first site was in northern Vietnam, which had not been occupied by American forces. The other site was the industrial city Bien Hoa, where Americans stored approximately half of the Agent Orange that was used in the war. At least four Agent Orange leaks were reported there in 1969 and 1970.

The study’s lead author, Professor Teruhiko Kido, said that South Vietnam’s dioxin hotspots are among the most severely polluted areas on the planet. These hotspots contain concentrations of the chemical that are as much as five-fold higher than non-contaminated areas.

Dioxins affect the hormone known as DHEA, Dehydroepiandrosterone. DHEA is responsible for female and male characteristics in humans, and when these hormones are knocked out of balance by dioxins, it can lead to disfigurement and other health problems. Although some dioxins have been naturally eliminated over the years, high levels are still found in human and environmental samples there.

After analyzing dioxin levels in the mothers’ breast milk and DHEA in the babies’ saliva, they found that the babies in the dioxin hotspot had an almost three-fold increase in DHEA compared to those from non-contaminated areas, and the dioxins were passed from the mothers to their babies through breast milk and umbilical blood.

The researchers will now follow these children until their tenth birthdays to find out just how extensive the endocrine impact of this dioxin exposure is during their formative years.

Professor Kido said: “Our study confirms how sensitive and vulnerable children are to the environmental toxins their parents and even earlier generations have been exposed to.”

“There is a lot we still don’t know what this means for children’s health and what the long-term impact could be, but studying people in these dioxin hotspots gives researchers the chance to understand the implications better.”

This, of course, also begs the question of which modern herbicides we’ll be saying the same thing about 50 years from now.

In 2015, the U.S. government finally admitted that it had poisoned troops in Vietnam with Agent Orange, agreeing to provide more than 2,000 Air Force reservists and active duty members who had been exposed to it on the airplanes used to spread it with millions of dollars worth of disability benefits. According to Red Cross estimates, three million Vietnamese have been affected by dioxin, and that figure includes more than 150,000 children who were born with severe birth defects. 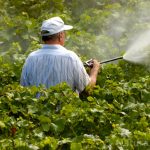 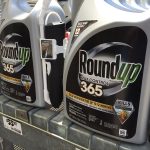